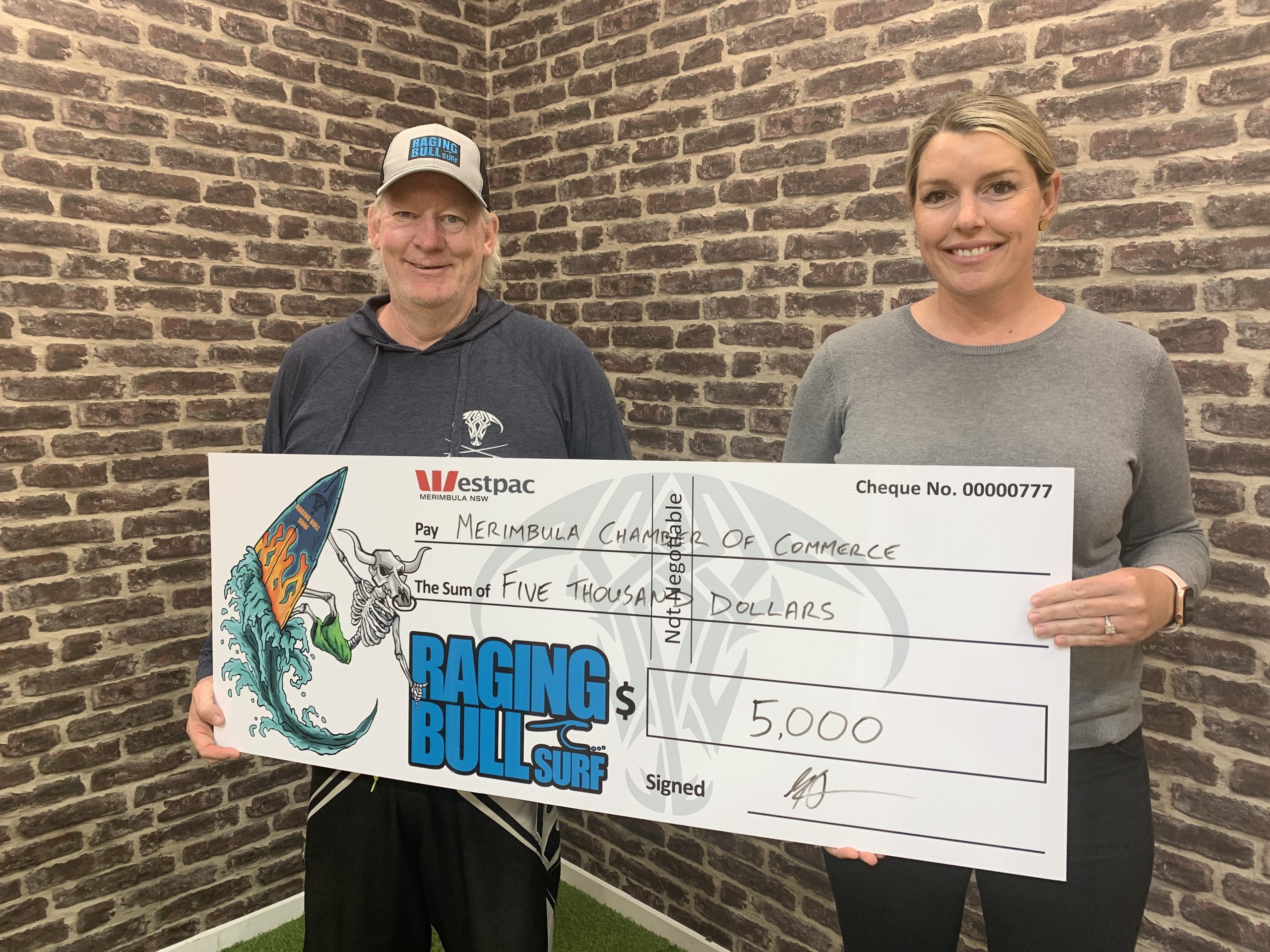 Raging Bull Surf are about to open a new store in the centre of town at 39 Market Street Merimbula. They had a temporary store under McDonalds in the lead up to summer last year. Owner Gary Purser said “Nigel from the Chamber of Commerce encouraged us to test the market to see how another surf shop would go and we were really happy with the results. Initially we were only looking at having an online store, but after the support we got from locals and visitors last year, we thought we really need to find a permanent space. Obviously the fires and Covid have delayed our plans this year but we are excited to have finally secured a lease on a new permanent home in Merimbula!”

“Work is already underway and we hope to open in the beginning of December. We will be carrying our own range of Raging Bull Surf clothing, surf equipment and accessories, as we hope to create brand recognition with Merimbula as our home. We are also excited to be introducing a dedicated area in store for families and kids. This will include a small café with an interactive kids area which will allow kids to experience surfing, skate boarding and more. We hope that this will be a great asset for Merimbula.” said Mr Purser.

President of the Chamber Nigel Ayling said, “We have been working with Gary since last year trying to find a home for Raging Bull Surf in Merimbula. This is not just another surf shop, it is brand that is born in Merimbula. Gary wants to take the brand to the World and have Merimbula recognised as the home of Raging Bull Surf. They already have their products in the USA and are looking to open a store in Hawaii.”

“But it’s not just the new store that we are excited about. Raging Bull Surf are great supporters of the town as well. They were the major sponsor at last year’s Merimbula Classic which is an event that brings people here from all over the country. After the fires they came to us and asked how they could help local businesses recover. I suggested they tried raising money by selling some T-shirts with the name of all the Bega Valley towns on and they took it on board. They have already raised over $2,000 doing that which they donated to the Chamber. We used the money to promote the Crazy Day Sale in town.”

Just recently Raging Bull surprised the Chamber again by announcing they would sponsor the purchase of a life size Santa Sleigh to go next to the Christmas tree this year. Kristy Martin who is on the Chamber Executive and is Chair of the Christmas Sub-Committee said “ We were so excited to hear that they were going to donate the sleigh. We really wanted to buy one ourselves but it was going to cost around $5000 and we really couldn’t afford that. We are just so grateful that Raging Bull Surf have agreed to donate this, it will be great for the town at Christmas. Families will be able to take traditional Santa photos in the sleigh and it will help take the towns Christmas decorations to the next level.”

Raging Bull Surf are looking forward to making a positive impact for Merimbula and the Chamber are very excited to be working with them to build their brand and promote Merimbula.